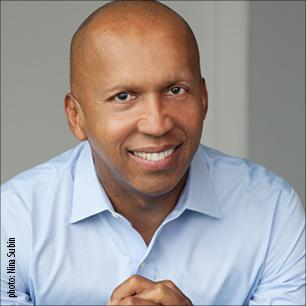 One of the nation's most visionary legal thinkers and social justice advocates, Bryan Stevenson has spent nearly four decades seeking to eradicate racial discrimination in the criminal justice system. A MacArthur Fellow, he is an attorney, human rights activist and founder of the Equal Justice Initiative. He spearheaded Alabama’s Legacy Museum and the National Memorial for Peace and Justice, the first national memorial to victims of white supremacy, which opened in 2018. Stevenson is the subject of HBO’s 2019 documentary True Justice, and his bestselling memoir Just Mercy was adapted into last year’s acclaimed feature film of the same name.