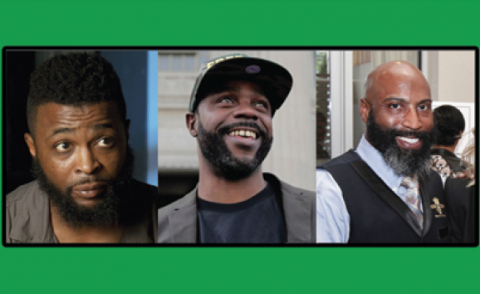 Robert Jones, Jerome Morgan and Daniel Rideau were all wrongly convicted and served a total of more than fifty years in Angola Prison before being found innocent. While in prison they made a pact to someday reunite and go into business together as free men. They enrolled in prison education programs, learned trades, and studied the law. They stuck together and worked with allies outside the prison. Today through their work with Free-Dem Foundations, a non-profit community-based youth organization in New Orleans, they are realizing the vision they created while unjustly incarcerated.

6:00 p.m. | “From Wrongful Incarceration to Community Mobilization”
UCSB MultiCultural Center Theater
Jerome Morgan speaks about his life before incarceration, surviving and fighting for freedom while inside Angola Prison, and his work with Students at the Center and Youth Activism