Race and the Politics of Space 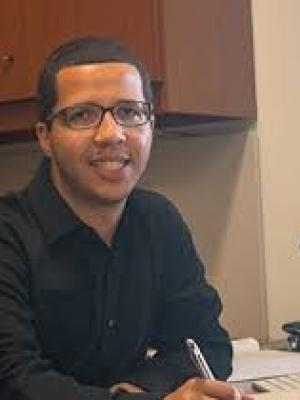 Building off my three years of ongoing fieldwork in Montgomery County, Maryland, this project challenges the assumption the residency restrictions are a major contributing factor to registered sex offender (RSO) clustering. Further, this research seeks to understand if there is a connection between RSO clustering and sex crimes in a neighborhood, paying particular attention to the racial and gender identities of individuals who have reported sexual violence. Utilizing an intersectional framework that focuses on the role of race, class, gender, and geography, I will examine and map the sex offender registry data of Maryland onto U.S. census tract data using ArcGIS and geocoding. I will examine how or if clustering happens in different geospatial contexts: urban versus suburban versus rural. Moreover, mapping the entire state will allow me to get a better understanding of how race, class, gender, and geography are working, because RSOs have to register the addresses of each county in which they habitually live and/or work. Based on my preliminary analysis of the current sex offender registry for the state, black men are disproportionately represented; I will also be determining if the racialized nature of the sex offender registry is an historical fact or if a shift happened at a specific moment. I will use this research to create a model for understanding these dynamics in Washington, D.C.; Baltimore, Maryland; and Los Angeles, California, my other field sites. From there, I plan to scale up to examine all 50 states.

Moving Beyond the Institution: Analyzing Barriers to the Retention, Attrition, and Persistence of Underrepresented Minority Faculty at UCSB

This project examines how psychosocial factors inform the decisions that underrepresented minority (URM) faculty make about their relationship to UCSB. Utilizing an ecological model that focuses on the interactions between individuals, communities, social structures, and the environment, this proposed research will operate in three phases: (1) an historical analysis of demographic shifts of UCSB since the passing of the Civil Rights Act of 1964; (2) an intersectional analysis of the 2014 Campus Climate Survey data for the campus; and (3) an intersectional examination of retention, attrition, and persistence of URM faculty over the last twenty years through semi-structured interviews.

Black Nationalism in the Devotion of the Cristo Negro of Portobelo 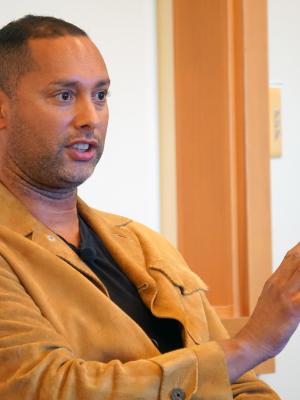 My second book, “Purple Pilgrimages: The Global Migration of the Black Christ,” extends my interest in Afro-diasporic religions by studying the performance of Black nationalism in religious pilgrimages to a religious icon of the Nazarene which since at least 1658 has been revered on the Caribbean coast of Panama, the Black Christ of Portobelo. By analyzing popular legends and myths that I have collected on the icon’s history and its miracles, I trace the migration, survival and transformation of African philosophical concepts of crossroads, insurrection, healing and death to Latin America. The recording, transcription and interpretation of these oral narratives allows me to answer my book’s main question: How might tales about the saint’s origins and miracles be used to craft alternative Afro-centric discourses that can contests the dominant and elite criollo (i.e. Iberian-descent) nationalism of Panama?

This main question is in turn supported by the following subsidiary questions: How aware are religious devotees of the relationship between the history of the African diaspora and the following elements found in all three stories of the Nazarene’s hagiography: sea travel, perilous and forced journeys, refusal/inability to leave, surprising arrival, choice vs. chance in travel destination? When devotees are confronted with the parallelism, what are their responses? How are the Royal (Spain) and Vice-Royal (Cartagena) centers of colonial power presented in these narratives? What is significant about the recurrence of the fishermen in these tales? Are they iterations of the first Christian disciples? If so, how are the port, its people, and the Caribbean Sea represented as “Galilean” and therefore dually marked as marginal and godly? How are devotees mapping the stories of their own interaction with the Saint on top and around these three foundational narratives?